Deep Inside The Cave - Part 1

As promised, here are some behind the scene images from designing The Cave. J.P. LeBreton, Dave Gardner and I spent several months in a back room designing all the area and puzzles of the game. I have to say, it was the most fun I've had designing in a long time. J.P and Dave where amazing to work with.

This is an early layout for the Intro section. It's much bigger than we ended up with and you will notice we had areas where players would be required to use each character's special ability. This was also back when The CIA agent and The Mobster were still in the game. This didn't make it past the greybox stage. After running around, it was clear it was way too big. We also felt requiring the training of the special abilities was not really needed. 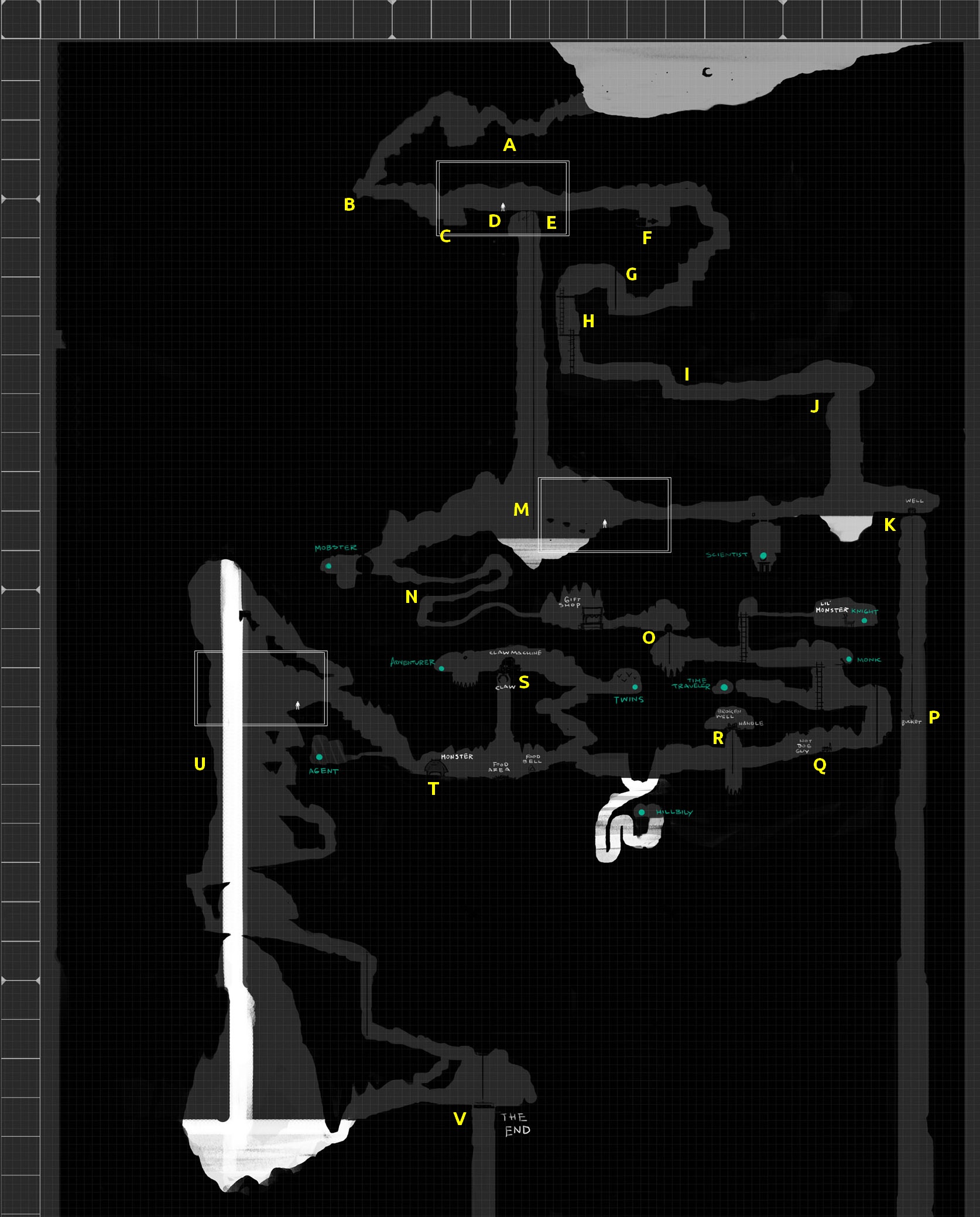 This was an entire section that we cut. The original game was about twice the size of what we ended up with and this was one of the sections that didn't make the cut. It never made it out of the paper stage. 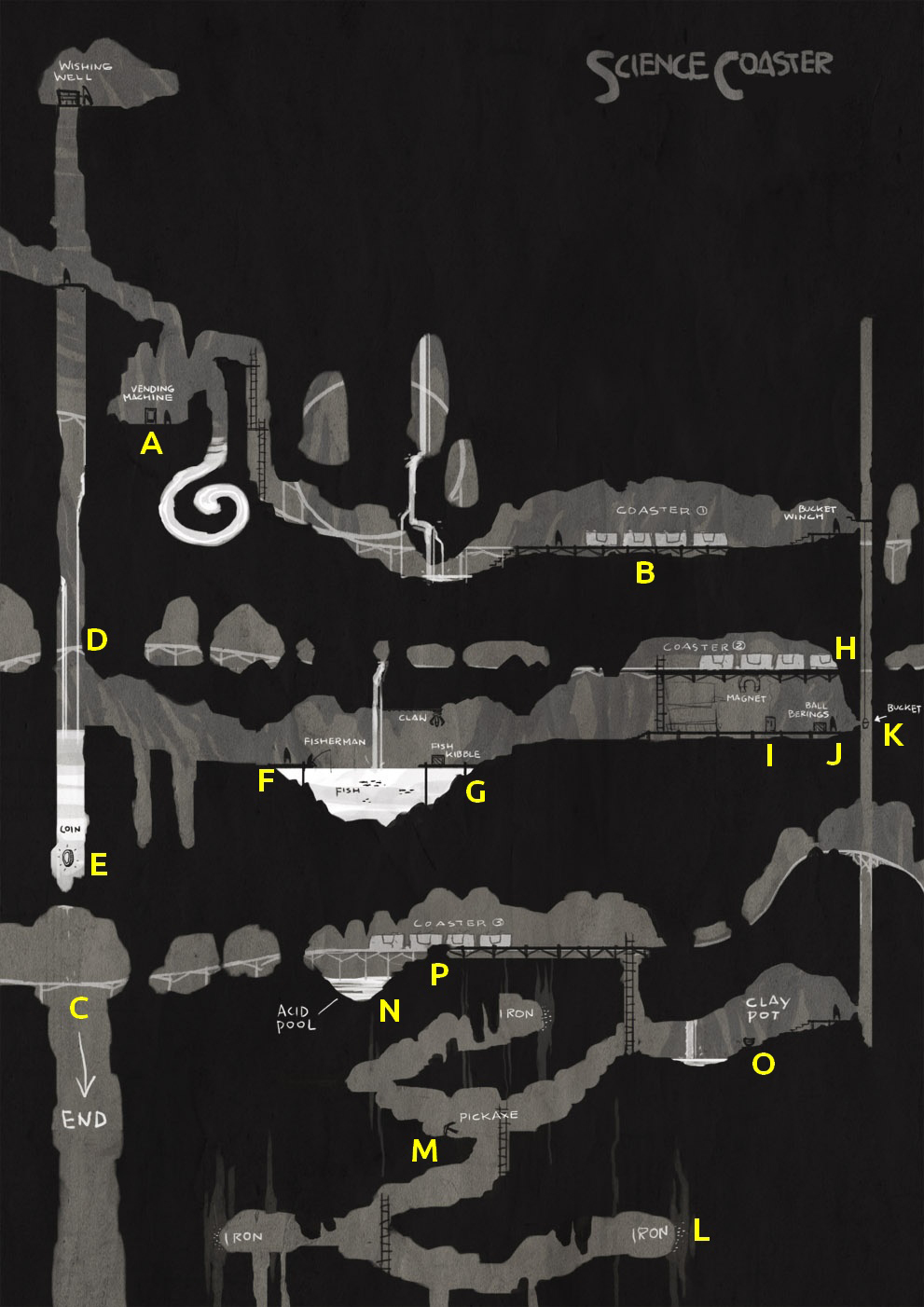