First official day is Monday but I've started setting up Slack and other web services.

Ordered Linux machine. Talked to Dave about maybe controlling Elaine for a section of the game.

Starting to worry about finding great people. It's going to be hard because we have to keep the project a secret.

Played MI1 again. Taking a lot of notes about what made MI MI. After TWP and fast walk and other almost invisible improvements, it's painful to play a 35 year-old adventure game.

I was surprised at how many objects didn't have custom default responses. A large number of objects just said "That doesn't seem to work."

Working with the lawyer to get contractor contracts done that conform to Disney's requirements. Taking longer than I thought.

Hope to get Dave's contract done by tomorrow.

First "real" design meeting with dave. Laying down the backbone puzzles for Act 1.

Making good progress on design. I know we'll slow down when we have to do all the details. Looking forward to getting a concept artist. Things come alive for me when concepts start to come in.

Starting up diary again... maybe I'll be able to keep it going this time.

Thinking about the ui. I hate the current status-quo.

View 87 comments or add yours

When I Made Another Monkey Island

Nine years ago I wrote a blog post titled "If I made another Monkey Island" and it feels like there are some things I need to say.

I can't remember the exact incident, but the day I wrote that I was feeling down about never being able to make another Monkey Island. I wrote it in a single afternoon, and it was not much more than a stream of thoughts. In the movie version, tears would have been pouring down my cheeks, but it wasn't the movie version so I was probably sipping coffee and eating a chocolate chip cookie.

My point is these were not commandments handed down and etched in stone on a giant tablet. They were just random thoughts about a (then very unlikely) new Monkey Island game.

None of these are promises or anything I owe anybody.

People talk a lot about Monkey Island 3a as if it was the game I would have made after Monkey Island 2 had I stayed at Lucasfilm.

The totality of that idea was "Guybrush chases the demon pirate LeChuck to hell and Stan is there." That's it. That's all it was.

Games, movies, and books don't come out fully formed. They start as a morsel of an idea and then all the hard work begins.

Roger Ebert had a great quote that I am constantly reminding myself of:

"The muse visits during the act of creation, not before."

Had I stayed at Lucasfilm I might have started with that idea, but by the time the game was done it would have been something completely different and better.

And that is exactly what Return to Monkey Island is.

When Dave and I first got together to talk about Return to Monkey Island we had a nearly blank slate. We talked over ideas we'd had over the years including one of mine where Guybrush wakes up 3000 years in the future on a snowball Earth.

We talked about my original "hell" idea but other Monkey Island games had already done much of that (by pure coincidence) and there was little point in rehashing it.

The one thing I wanted to do was start the new game right where LeChuck's Revenge ended, and that became the one unmovable stone.

I have made one pixel art game in my entire career and that was Thimbleweed Park. Monkey Island 1 and 2 weren't pixel art games. They were games using state-of-the-art tech and art. Monkey Island 1 was 16 color EGA and we jumped at the chance to upgrade it to 256 colors. Monkey Island 2 featured the magical wizardry of scanned art by Peter Chan and Steve Purcell and we lusted to keep pushing everything forward.

If I had stayed and done Monkey Island 3 it wouldn't have looked like Monkey Island 2. We would have kept pushing forward, and Day of the Tentacle is a good example of that.

I never liked the art in DotT. Technically and artistically it was fantastic, but I never liked the wacky Chuck Jones style. But that was Dave and Tim's game, not mine. They can do what they want and I completely supported that.

Curse of Monkey Island also took a leap forward. It introduced us to a fully voiced and taller, lankier Guybrush with painted backgrounds that were all the rage in the late 90s. It was very much a game of its time.

I wanted the art in Return to Monkey Island to be provocative, shocking, and not what everyone was expecting. Rex is an amazing creative force and we have a team of incredible artists, animators, sound designers, programmers, and testers all pouring their souls into this game and it's beautiful to see, play, and listen to.

The music Michael, Peter, and Clint are doing is equally amazing. It's not AdLib, Sound Blaster, or even Roland MT-32 music. Its stunning, interactive, and recorded live.

When I started this game my biggest fear was Disney wouldn't let me make the game I wanted to make but they have been wonderful to work with.

It's ironic that the people who don't want me to make the game I want to make are some of the hard core Monkey Island fans. And that is what makes me sad about all the comments.

Return to Monkey Island is an incredible rollercoaster. Get on and have some fun or stomp out of the amusement park because it's not exactly the rollercoaster you wanted.

I hope you'll jump on with the rest of us.

*Seventeen - The game would be the game I wanted to make. I don't want the pressure of trying to make the game you want me to make. I would vanish for long periods of time. I would not constantly keep you up-to-date or be feeding the hype-machine. I'd show stuff that excited me or amused me. If you let me do those things, you will love the game. That, I promise.

I felt bad about the April Fools' joke so over the weekend I whipped up the game so no one was disappointed.

For 18 years the Grumpy Gamer blog has been April Fools' day free because it's a stupid tradition.

So to mix things up a little I'm taking this opportunity to announce I've decided to make another Monkey Island.

Well, it's 2022 and everything is turning out exactly as I predicted back when I was 7. Self-driving cars, space stations, the internet. Nailed it.

Favorite TV show of 2021 was Only Murders in the Building.

Favorite game of 2021 was Loop Heroes.

Favorite book of 2021 was Einstein's Fridge.

Favorite time waster of 2021 was watching physics videos on YouTube.

Least favorite movie of 2021 was anything with f**king superheroes.

See you in an exciting 2022 where everyone will be nice and respectful and personal agendas are put aside for the greater good and we all come together and save the planet.

Either that or a horrific dystopian post-apocalyptic world where we hunt each other for food. 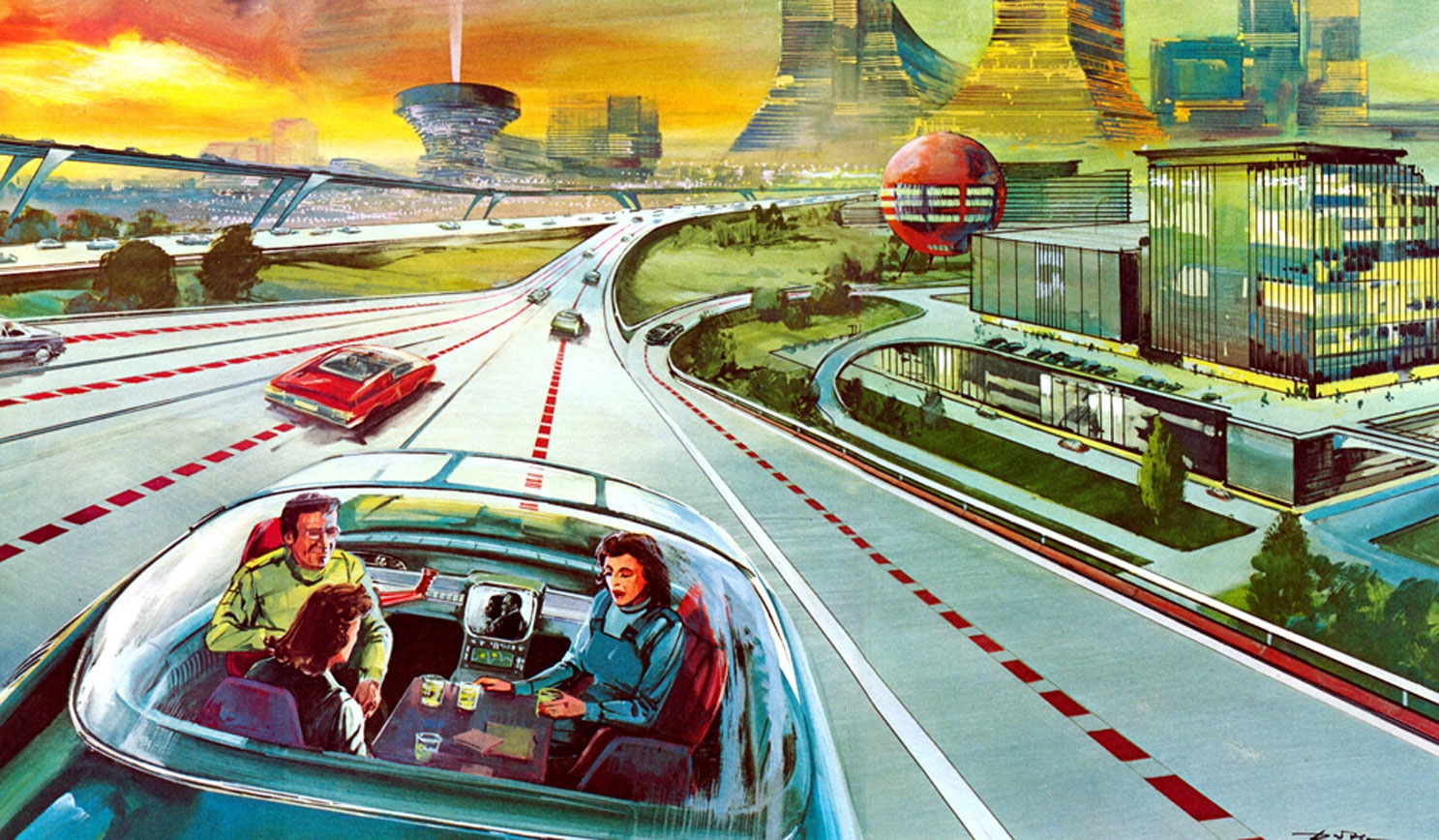 View 53 comments or add yours
Next