A little something I've been messing around with.

Side note: Tiled is a great tile editor and come a long way since I first used it many years ago. 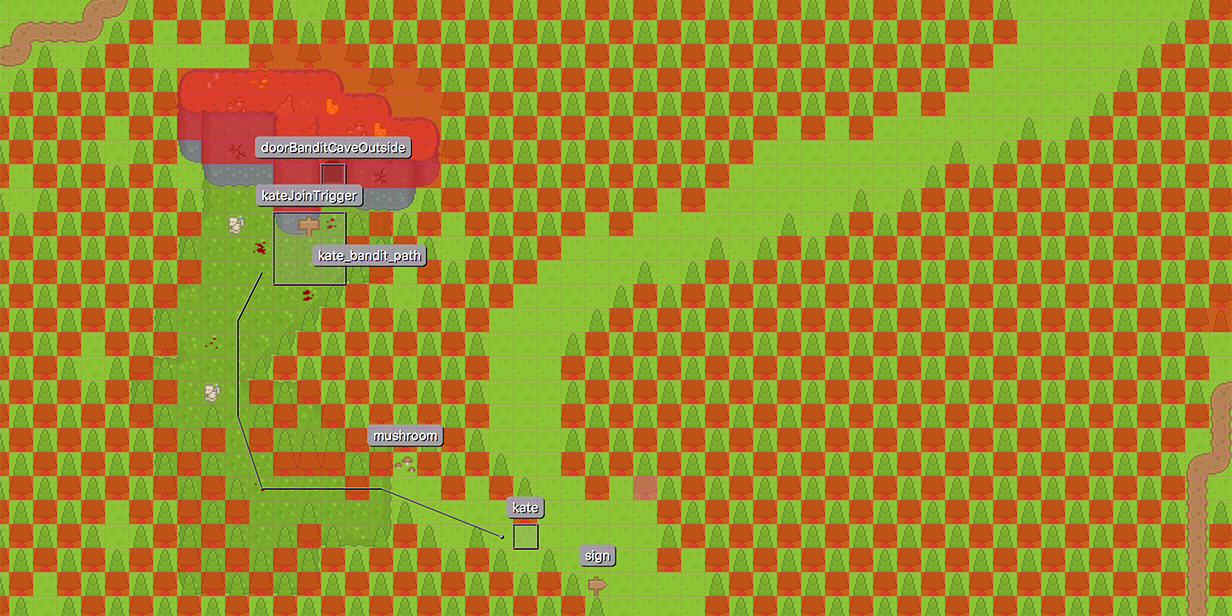 This is a map section (SPOILERS) for the main map. It started out as a cute little story about what religion means and does to us, but the narrative is taking me in odd directions and I don't know if it will end up there.

It's interesting to build an RPG (using the term very loosely) where you have the option to play the entire game with no combat and it's still fun. Undertale did this but in a subversive way. I want to do it more in a normal choose-your-own-playstyle way. Fight if you want, don't if you don't and it's equally as fun but it affects the narrative. A passive player won't see the same game as a combative one, but won't feel like they are missing anything.

I posted some previous screenshots of this prototype, but since then I've ripped out all the tile graphics and started over with a much simpler (almost icon) art style. I found that during prototyping, as soon as the art started to look too finished and refined, it would distract me and I'd spend all my time trying to make it better, rather than working on the game or story.

But it can't be crappy, or I get distracted with that. Kenney's tilesets were perfect. Simple, but also really good.

Currently, it's just something I'm messing around with for fun and relaxation, I don't know if it will become a real project or not.